Stuart Wilson is a housemate from Big Brother 5.

What is your plan to survive in the House? Be myself, remember it's just a game, it's not real-life stuff, keep focussed on what's going on. Be true to myself.

Describe your worst experience of house sharing. Me and my mates from home have Mac attack weekends (as we're from Macclesfield!). They all come to stay for the weekend, we go out and launch a drunken attack on a city. All of my mates though trashed my house at the expense of my uni mates.

Who do you think you most resemble from history and why? I aspire to be like Robin Hood. I agree with his ideals and my mates are like the Merry Men!

What is your greatest fear about going in? I've had time to go through things and eradicate fears in my own mind. I am apprehensive about what the producers are going to throw at us but also prepared for the unexpected.

What will most annoy the other housemates about you? Using a hairdryer.

What will they love? I am relaxed and easy going. It's difficult to say what people would love about me.

What will most annoy you about the other housemates? People who are unnecessarily nasty, people who will pick out negative aspects of anything or anyone. I guess you could accuse me of looking at the world through rose-tinted glasses, but there is a lot of good out there and some people don't open their eyes enough to see it.

What will you do if you don't win? Exactly the same as I would do if I did, but I'd have a lot less money to donate to charity.

What's your biggest secret? I'm not telling you!

People say they will do anything to win. Where would you draw the line? It's difficult to decide what constitutes doing something to win because we have such a closed view of the whole process from where we'll be, and its hard to imagine how our actions will be affecting the wider situation.

Tell us a joke. Q. Why did Mickey dump Minnie. A. Because she was fucking Goofy!

What is your party trick? I don't have a specific trick but if I'm forced to give an answer it would be streaking.

What item of clothing could you not live without? Anybody could live without anything but a hairdryer is becoming increasingly useful these days.

Before Big Brother, what was your claim to fame? Didn't have one.

What is your best chat up line? The sock trick. I take a sock off and put it on my hand in my back pocket, I then get chatting to a girl and tell her about my friend who really likes her but is incredibly shy. I continue this process for several minutes and then reveal my friend as the sock puppet.

Describe your perfect Valentine's dinner? A nice restaurant. The first course would be oysters in sauce, the pasta diced with asparagus and ham, some warm rich chocolate cake for dessert and throw in a bottle of wine.

Why Big Brother? "I just want the opportunity to spread a little love and stand up to the whole country and say 'Hi, I'm Stu'."

Due to the Privates and Sergeants task, Stuart faced the public vote on Day 50. After receiving 5.41% of the vote, the third highest number of votes out of all six nominees, Stuart survived the eviction. On Day 64, Stuart survived another eviction after all the current housemates had faced the public vote. After surviving the eviction, Stuart thought that he had reached the Final. However, on Day 69, a surprise eviction took place where the person who had received the least number of votes to win, at that time, was evicted. Stuart had received the least number of votes to win, with 7%, and was evicted from the House via the Diary Room.

Stuart started a relationship with Michelle Bass in the house which lasted a year after the show finished. He unsuccessfully auditioned for boy band Son of Dork but has completed his studies at Leeds University. 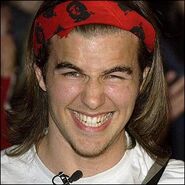 Stuart in the House

Stuart exits the House after his "surprise" eviction