Country girl Josie could be the housemate to bring fun and laughter to the House with her big personality and wicked tales of mischief. Everyone in her village already sees her as a celebrity, since in her words 'they all know and love her'.

Josie is the life and soul of the party. Some of her more infamous exploits include pulling a moonie at a monk in Thailand, waking up in a graveyard and breaking her arm doing a combat roll...

Fiercely independent, Josie left home at the age of 14 to live on her Aunt's farm, where she still lives, in a 'wooden cabin' with her own horse and cart. Josie used to be a successful financial sales rep earning well, but now she MCs at house parties at the weekend, drives a 's**t-mobile' and hates her job saying 'I've lost my game and turned into a loser'.

Josie grew up around horses as her Mum breaks in horses for a living and she spent her childhood travelling around the country visiting horse fairs.

Ever the naughty schoolgirl, she was deemed a disruptive influence and expelled from two schools. She believes in ghosts and claims to see them often. She says she hates bullies, attention seekers, moaners and cheats.

On Day 3, Josie voluntarily left the House while the other housemates were nominating.

In October 2010, she and John James Parton appeared in a one-off fly on the wall show following their lives together called Josie and John James: What Happened Next. In May 2011, she appeared in three-part reality TV series There's Something About Josie.

In early 2011, Gibson released a perfume called 'Josie'. She also released 'limited edition' hoodie tops on her official website. She is a spokesmodel for Curvissa Clothing. She also did an implied nude photoshoot in August 2011. She also writes a regular column for Now magazine.

Gibson is a showbiz reporter for Channel 5 show OK! TV. She appeared on the show on Thursdays and has been presented since the first episode on 14 February 2011. She also guest presented the show when Jenny Frost was away. OK! TV ended on the 16 December 2011. She was also a roving reporter for Big Brother's Bit On The Side and Team Captain from August to November 2011.

Gibson currently is a weekly animal reporter for Channel 5's Live With.... She appeared first on the 8 March 2012, and now is a regular feature on the show and appears once every week.

Since April 2012 Gibson has written a column in Now magazine called "Just Josie". In July 2012, Gibson did a photoshoot in Closer magazine to show off her weight loss after pictures of her surfaced in May 2012 in Ibiza where she was unhappy with her weight.

Since leaving the Big Brother House she has become one of the most successful contestants ever with many magazine deals, and TV appearances on shows such as: Celebrity Wedding Planner, Celebrity Impossible, Gino & Mel - Lets do Lunch, The Wright Stuff, Silent Library, Wagons Den, Celebrity Juice, Live From Studio Five, The Vanessa Show, OK! TV, Big Brother's Bit On the Side, Live With.., and Loose Women, as well as having her own reality shows John James and Josie: What happened Next and There's Something About Josie.

On Tuesday 29th March 2011, OK Magazine released an article revealing that John James Parton and Josie had broken up.

In January 2016, ex boyfriend and ex Big Brother 11 Housemate John James Parton sent her a video message while she was appearing on TV show Loose Women which implies they are now on good terms after a rocky breakup in 2011. 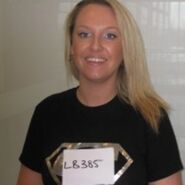 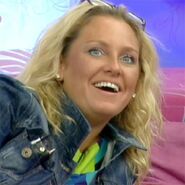 Josie is the winner of Big Brother 11